As Isaac steadily weakens and moves off to the north, the clouds are starting to part over the Gulf of Mexico and workers are making their way back to the offshore platforms that had been evacuated.  Reports of actual and potential oil spills in the Gulf are coming in to the National Response Center, and can be seen on our SkyTruth Alerts map.  Several have caught our eye, including a report from Chevron that one of their wells was improperly shut-in when they evacuated Platform B in High Island Block 563.

The slick from this leaking well appears on yesterday’s MODIS/Aqua visible satellite image. It’s a very small slick, so this doesn’t look particularly serious yet.  We hope they can get the problem fixed soon. 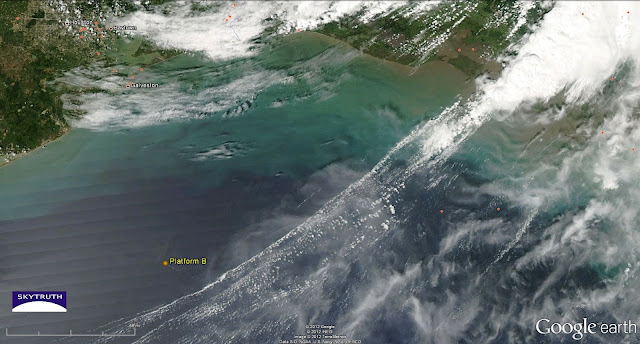 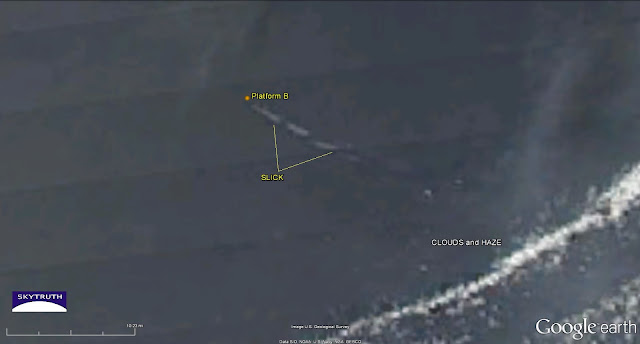 Detail from above showing apparent slick emanating from location of Platform B, consistent with NRC report.