This MODIS / Terra color satellite image of the Gulf was taken at 16:30 hours UTC (1:30 pm Central time). Isaac is now a Category 1 hurricane, with sustained winds of 75 mph, moving steadily toward the northwest at 10 mph. It’s expected to make landfall along the Louisiana coast tonight.  Right now it’s passing through the offshore oil fields, throwing a right hook at the platforms and pipelines on the east side of the Delta from Breton Sound to Dauphin Island and Mobile Bay.  That northeast quadrant of the storm is where the strongest winds and biggest waves usually occur. Data buoys in that area are now reporting 18 foot waves and surfacewind speeds of 60 knots (69 mph): 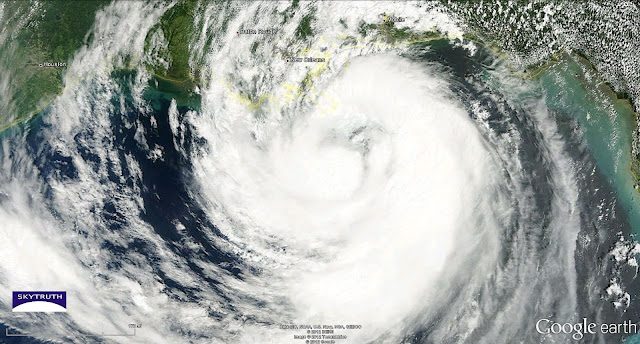 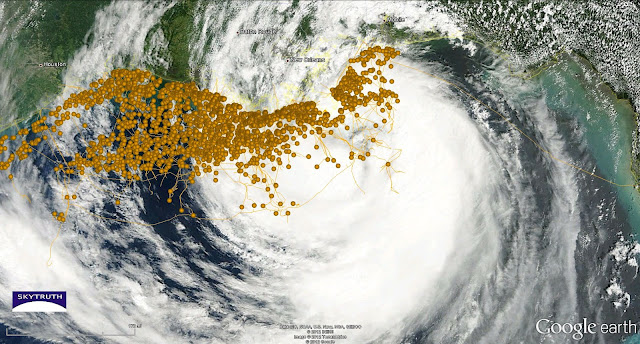 Same image with oil and gas platforms and pipelines shown in orange.